A condemned man in a prison cell, who is awaiting his execution the following day, narrates the story of the black cat. Before he dies he wants to unburden his soul and give an account of the 'mere household events' that have destroyed his life. Since the narrator does not trust his own senses any more he hopes his audience will have a more logical approach to the now unfolding story:

The narrator was always very fond of animals. He and his wife have many, including a black cat called 'Pluto'. This cat was especially fond of the narrator and his wife. Their friendship lasts for many years, until the narrator‘s character experiences a radical alteration for the worse due to his excessive use of alcohol. One night the narrator returns home intoxicated and believes the cat is avoiding his presence. Out of a fiendish malevolence he takes out a pen-knive and deliberately cuts out one of the cat‘s eyes. When reason returns the following morning the narrator experiences horror and remorse for what he did, but drowns all memory of the deed in wine.

The cat recovers but flees in terror whenever his master approaches. In the beginning the narrator is remorseful but the feeling soon gives place to irritation: 'And then came, as if to my final and irrevocable overthrow, the spirit of PERVERSENESS.' He leads the cat to the garden and suddenly kills it by hanging it on a tree.

That night the narrator is aroused from sleep by the cry of fire: The whole house mysteriously is burning. He escapes with his wife and with his servant.
The next day the narrator returns to the ruins of his house. On the last remaining wall he finds the imprint of a gigantic cat hanging by its neck on a rope. This image first horrifies him, and only gradually does he find a logical explanation for it: someone must have thrown the dead cat into the bedroom to wake him up during the fire. Still, for months the narrator cannot rid himself of the phantasm of the cat and he regrets its loss.

He starts to look for a new cat, and one day, sitting drunken in a tavern, he finds one strikingly similar cat, which is even missing one eye. The new cat is delighted to be brought into the home of the narrator. Very soon the new cat starts to follow the narrator’s every step until he begins to fear the creature more and more. It is with terror that the narrator discovers a mark of white hair on the cat having formed the shape of the gallows!

One day the cat accompanies the narrator into the cellar of the house. It gets under his feet and almost trips him down to the floor. The narrator takes an axe and tries to kill the cat, but his wife stops him. In a 'rage more than demoniacal' he hits his wife‘s head and kills her with one stroke. The narrator removes bricks from a wall to conceal the body, hides the remains of his wife inside, and walls the whole up again. He leaves no trace and is satisfied with the result. He intends to kill the cat as well, but the cat has disappeared.

On the fourth day after the murder the police come into the house. The narrator shows them the cellar from end to end with highest confidence in his safety. The police find nothing. 'By the bye, gentlemen, this - this is a very well constructed house.' To prove it he knocks against the wall with a stick on the spot where his wife is buried. Suddenly a wailing shriek like a cry from hell can be heard. The police destroy the wall and uncover the wife‘s body. In horror the narrator sees the cat on the corpse‘s head and realizes his deadly mistake:
'I had walled the monster up within the tomb!' 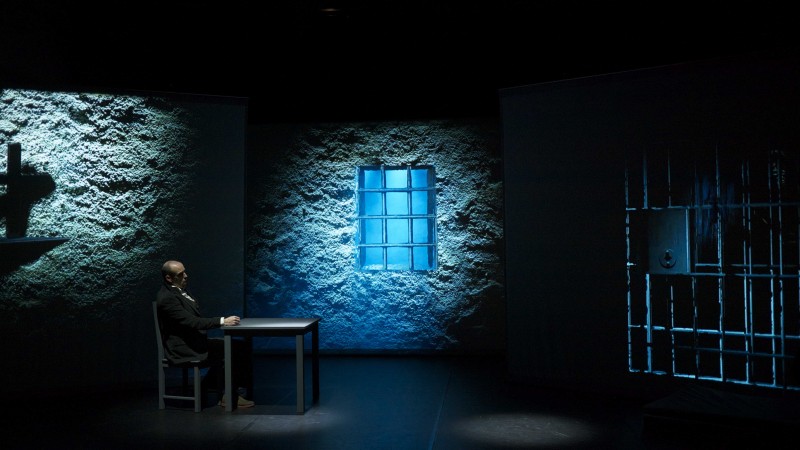 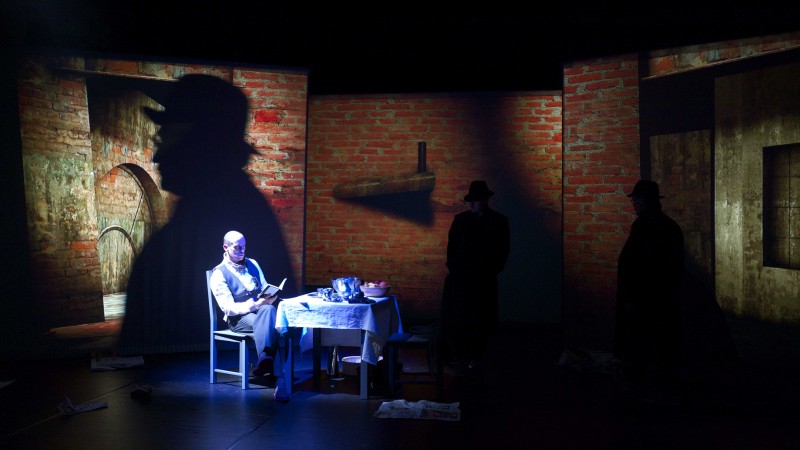 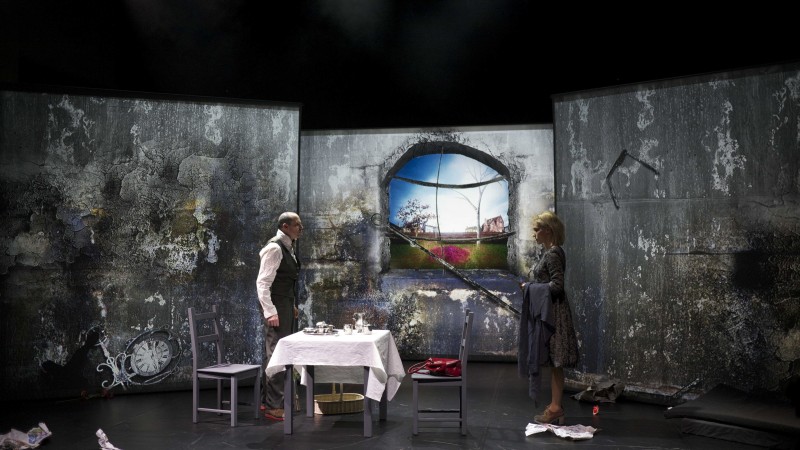 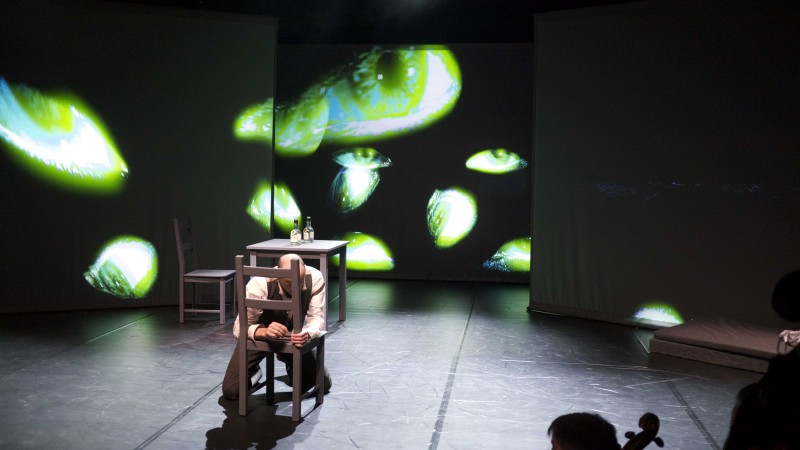 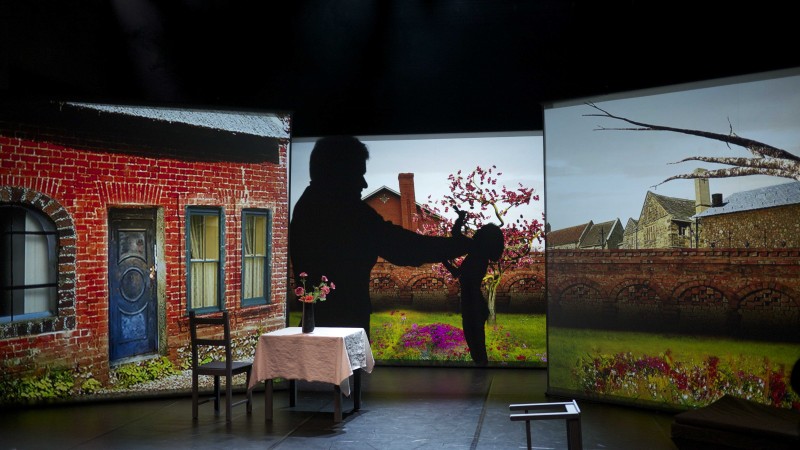 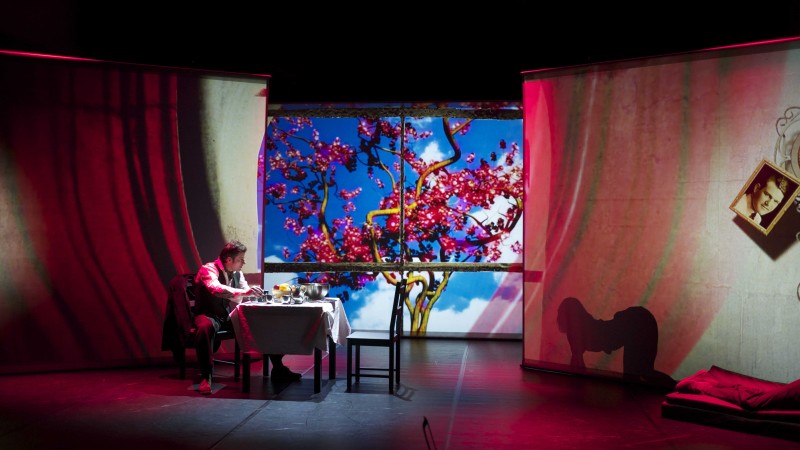