We are authentic original sound

Orchester Wiener Akadmie was founded in 1985 by its artistic director Martin Haselböck.  It has gained an international reputation as one of the most important period-instrument orchestras in the world through its lively interpretations and virtuosity. Profound expertise in the innovative and original preparation of historical concert programmes and formats has given the orchestra the status of a globally sought after ensemble.
Performing on period instruments in a repertoire that ranges from the Baroque to the Romantic eras, attention is given not only to the great masterpieces but also to rediscovered rarities and musical treasures. Alongside international touring and nearly three decades of concerts in Vienna's Musikverein, the orchestra's main focus is, above all, on its own concert format RESOUND. This series - for the first time - brings back the experience of hearing musical works performed in the magnificent theatres and concert halls of their premieres, and on the instruments of the time. On its many tours, the orchestra can transport the knowledge about an evolved musical culture, acquired over centuries, throughout the world. 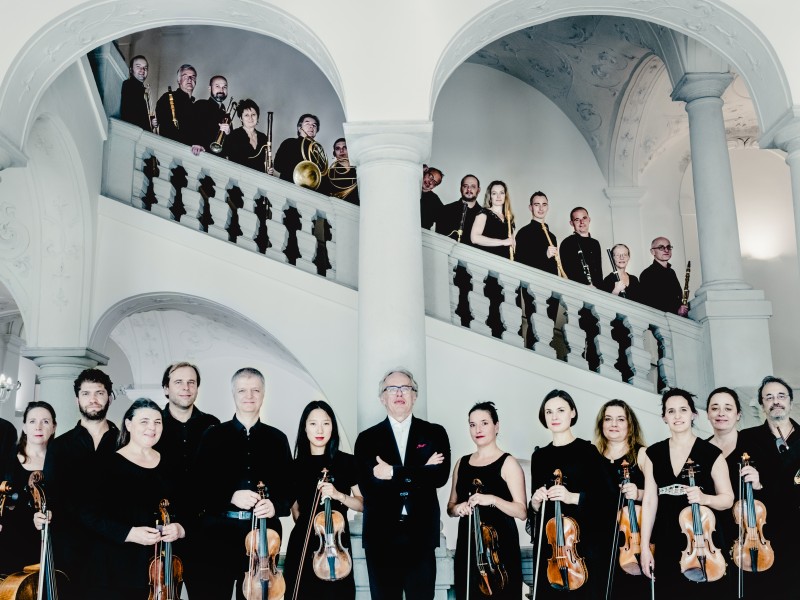 Discography (PDF, 95 KB)
'The Sound of Weimar', the first complete set of the orchestral works of Franz Liszt performed on period instruments, was released in 2018.  Several of the individual recordings in this nine-volume set have received awards including the Pizzicato Prize, the Jun-Tokusen-Award and, two years in succession, the International Franz Liszt Grand Prix du Disque.

As part of the RESOUND series, our on-going project to record the complete symphonies and piano concertos by Ludwig van Beethoven on period instruments comes to its culmination in 2020, the 250th anniversary of the composer's birth. The recordings are being released under the title RESOUND BEETHOVEN on Outhere Music / Alpha Classics.

Film projects: the production 'The Giacomo Variations', starring John Malkovich and featuring Orchester Wiener Akademie and Martin Haselböck, was filmed in the summer of 2013. Joining the orchestra was a stellar cast of actors and singers including Jonas Kaufmann, Miah Persson, Florian Boesch, Anna Prohaska, Veronica Ferres, Fanny Ardant and others.